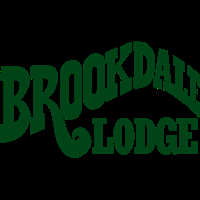 Home
About
Get There
Tickets

By Brookdale Lodge (other events)

After 25+ years in California, this New York City native is finally learning to speak English.  Jeff’s clean comedy examines his particular life experiences, which include being the only white kid on his Little League team in Queens, moving to Long Island for high school, having a Chinese wife and raising children who call themselves “Jewnese,” because he says it sounds better than “Chine-ish.”

Jeff made his national TV debut on CBS as a comedian on the “Late Late Show with Craig Ferguson.” He has also appeared on Comics Unleashed and Comedy.TV, Byron Allen’s nationally syndicated Entertainment Studios program, ABC-TV, America’s Got Talent on NBC, and has opened for and performed with comic legends Robert Klein, Mort Sahl, Richard Lewis, Robin Williams, Dana Carvey, Kevin Pollak, Elayne Boosler, Jimmy “JJ” Walker, and more.  His DryBar Comedy Special is due out in the Fall of 2020, and he’s also a frequent guest on KGO Radio, AM810 in San Francisco, CA.

Jeff was cast by Sandy Hackett, the late Buddy Hackett’s son, to play the principal role of Joey Bishop in the long-running musical tribute “The Rat Pack Is Back,” in San Francisco, Chicago, and Las Vegas. Jeff is also credited and appears in the blockbuster film “The Pursuit of Happyness,” starring Will Smith.

other events by this organization